I decided to use a factual title for this post to make it clear what it’s about. You have the grandparents who have some basic computer skills but who typically shouldn’t be the subject of your experimentation with the latest trendy services. You don’t want to discourage them. But if you don’t live together, you still want to share your memories with them somehow. I’m going to tell you about our journey before we found a good solution to this problem. 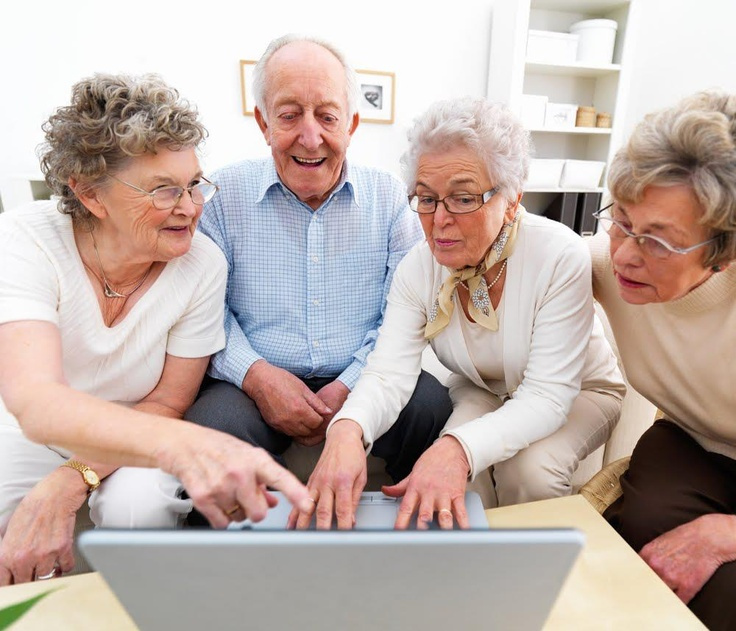 I decided to use a factual title for this post to make it clear what it’s about. You have the grandparents who have some basic computer skills but who typically shouldn’t be the subject of your experimentation with the latest trendy services. You don’t want to discourage them. But if you don’t live together, you still want to share your memories with them somehow. I’m going to tell you about our journey before we found a good solution to this problem.

How digital pictures get piled up

Back when it was just the two of us, photos seemed to get piled up as if on their own. Even in the early days of digital photography people tended to take a hundred times as many pictures as than could be realistically viewed in a lifetime. We fell under this category: we took pictures of everything we saw. Then smart phones came along, with limited storage, so we only took 90 times as many pictures as needed. You don’t even realise this until you start organising your pictures. When you see that you still have 9,356 images to go through in your image viewing app, well, that’s the point when you just give up and go do something else. But how do you end up with pictures the grandparents would enjoy looking at?

Should you email them?

No, no, no!!! This was a poor solution even back in the day. Photos sent in emails are just momentary messages that will never, ever become a photo album. They’ll never become an easily accessible collection of memories that you’ll pick up year after year to look at fondly. Plus, with these “2,000 Megapixel” images it’s easy to use up your seemingly infinite email storage and your mobile data package.

When we first encountered the problem of sharing pictures, there was very little difference between Facebook and Twitter. There were very few image management functions available on Facebook. Today Facebook can be a viable alternative, but only if you properly manage privacy settings: closed groups, picture only visible to those that you want to share it with, and so on. The point is, today Facebook is a viable option, but to me it’s still complicated. Also, with all the ads and comments and pop-up windows, I just don’t have the feeling of “I’m just looking at a photo album”.

This was my motto when I started searching for a service. I had the following requirements in mind for it:

Back then only one service met these requirements: Flickr. So I didn’t need to do comparative tests. Today you also have Google Photos service. But to me, the Google service appears too “smart.” For the life of me I can’t figure out what and when and why things are included in Google Photos. So we keep using Flickr.

The thing I like most about Flickr is that this is nothing but a family photo album.

When uploading your pictures, try to limit yourself to 10-15 images a month. So when you look back on the year, it won’t take more than 10 minutes.

I use the phone’s camera to capture the moment, and when I have a few minutes, I launch the Flickr app and upload the images. If I happen to get a photo via email that I would like to see in the album, I can simply forward it to a Flickr email-address. This worked so well that one day I was hit with a wave of nostalgia.

If you think about it, the family’s story did not begin with the birth of our children (that was when we started sharing photo albums), but with the birth of the parents. So one day I got all the digital pictures taken since 1998 and went through them to select the best ones. I take pride in the fact that at the end, out of the more than 10,000 pictures, we had 1,500 good photos to view. I really liked this project, so I asked my parents to lend me the old, printed photographs. I went through them and scanned a selection of 1,000 images.

The result is an online photo album that has family images in chronological order starting from the birth of the parents (that is, us).

It would be fun…

I’ve tried using digital picture frames that displayed new images automatically. None of them have stood the test of time. What would be fun is if the smart TV displayed these photos. I’m on the hunt for a proper TV/app combo. In my opinion, the television set would be the ideal photo sharing/photo viewing place for the grandparents. Unfortunately, I have yet to find a solution that works. If you have any advice on this, please share it with me.

PS.: I regularly back up the Flickr album offline, just in case. I use the Bulkr app for this.

Living in a Smart Home

Living in a Smart Home